Aren’t we the ones who hope to get healthy from eating them?

Why do we call food that’s not bad for us “healthy” food? The food itself isn’t healthy—in most cases, it’s dead—so why do we make the leap from calling it food that may help us be healthier to bestowing on it a misleading adjective (and virtue)?

For example, how “healthy” is a carrot that’s already been plucked out of the sod to its roots? Even when a well-meaning dietitian compares it to a vending machine Kit Kat bar, the carrot isn’t miraculously resurrected. I’ll admit the carrot’s got a good publicity thing going  these days—no less than beloved Former First Lady Michelle Obama endorses it—but that lovely, crispy, nutritious carrot is just as inert as that lovely, crispy, high-calorie, equally dead Kit Kat bar.

My concern also extends to foods labeled “organic.” While I do prefer to buy and consume those—I’ll admit that biting into an organically grown, timely-harvested peach can overwhelm not only my taste buds but also extend to my nether regions—there’s an aura surrounding the word “organic” that can easily be misinterpreted.

What I mean is, just because something’s been organically grown doesn’t immediately confer greatness upon it. If it did, salad bars would feature kale, early-girl tomatoes and garbanzo beans alongside trays of poison ivy, oleander, hemlock and foxglove. (For younger readers: hemlock is what pretty much finished off Socratic reasoning a few centuries ago—while foxglove is poisonous “to humans, dogs, cats and horses,” according to the National Capital Poison Center, which should be but isn’t a division of Fox News.) 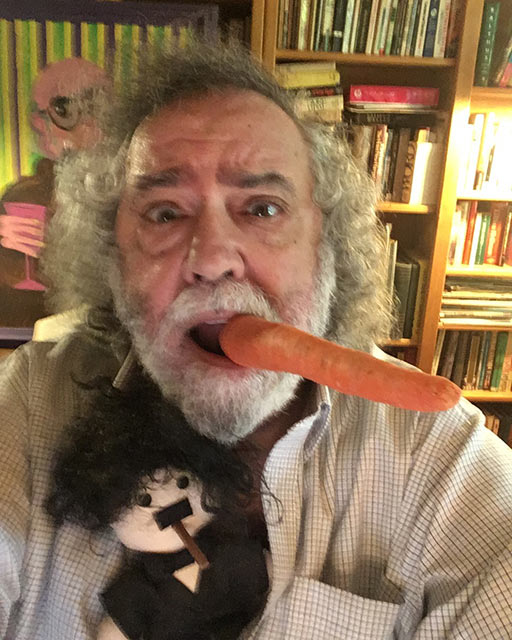 Ed and Groucho Get Healthy

I first became slightly alarmed by this when I was much younger and some fringe foodies were pushing the concept that if something was served raw, it was better for you to eat than if it were to be heated up. This made sense as far as it went (I love sashimi, for example). But at a dinner party in the home of a marketing client some years ago, his much younger, much trimmer wife served boneless, skinless chicken breasts—cooked rare.

Although I can be diplomatic in most client/contractor situations— which is to say, I can suck up when absolutely necessary—in my opinion, I felt I had an emergency on our hands, and did not favorably view an emergency room in my future.

“But you’re wondering why the chicken’s still pink,” the woman said with a smile.

“Well, ‘pink’ would require another 10 minutes of cooking time,” I thought but didn’t say. Instead, I just nodded as enigmatically as I could so that if she said, “Oh, God, you’re right!” it would look like she’d made a perfectly human error by taking out the chicken too soon, and if she said, “You’re lucky I even cooked at all for one of my husband’s lowly contractors like you,” I might seem to be agreeing with her. Did I mention that I can suck up when absolutely necessary?

To kill the suspense—and God only knows why I also wasn’t killed—I ate the chicken. This was because she explained it was done exactly as she’d intended it to be and pointed to her husband’s robustness at 79 years old (to her 43). “I’ve kept him pretty darned healthy,” she said sprightly. He grinned in acknowledgment, then left the table a few minutes later to “go lie down for a while.” When he left, his wife said, conspiratorially, “’For a while!’ He won’t wake until morning!” I couldn’t help but notice he’d left his uncooked chicken uneaten.

Finally, there’s the mystifying popularity of the Primal Diet. This, as you may know, is “based on eating the foods that primitive humans would have eaten. It stresses that people eat raw, minimally processed foods, such as fruits, vegetables, certain oils, and dairy products.” That’s how it’s described on the website Medical News Today, part of Healthline Media UK, which calls itself  “one of the fastest growing health information sites in the United States,” drawing “more than 70 million people” per month. (As a dubious Brit might say, “And Bob’s your uncle!”)

Now, let’s see: The average lifespan of Neanderthals was 30-35 years old. Why would you select a diet that doesn’t offer better longevity than that, especially if you’re already past that age? I mean, unless the Hanna-Barbera animators over-applied black ink on his hair, even Fred Flintstone looked like he’d made it to at least 40.

Referencing Medical News Today once more: “Some of the foods allowed on the Primal diet include nuts, seeds, and any fruit.

Grains, such as wheat and corn, were introduced in later agricultural development, (and since) early humans did not have direct access to these foods, the Primal diet rejects their consumption.”

Just when you thought this was a variation on the vegan diet, however, the website advises, “Cooked meats are allowed, but all other foods should be as close to natural as possible. Milk, for example, should be consumed in its raw, unpasteurized state.”

Milk? According to a report from another English source, the British Broadcasting Company, “Our ancestors in the paleolithic period, which covers 2.5 million years ago to 12,000 years ago, are thought to have had a diet based on vegetables, fruit, nuts, roots and meat. Cereals, potatoes, bread and milk did not feature at all.”

I’m relieved to hear it. I hated to think of a Primitive Man lying on his back under Primitive Udders to obtain milk in a “raw, unpasteurized state.” What if the Primitive Cow fell on him? That doesn’t strike me as remotely healthy. 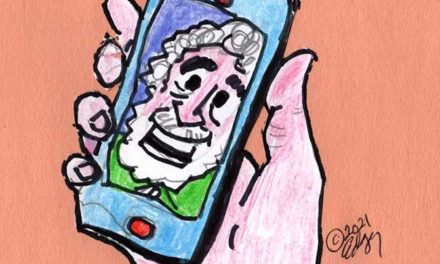 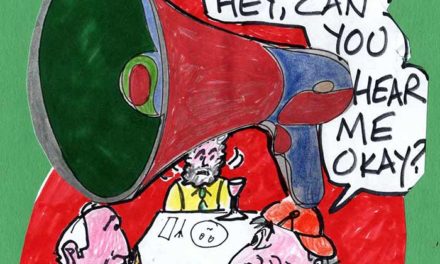 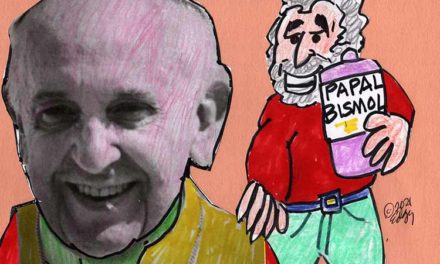 A Letter to the Pope on Having Semi-Colons