Outrage and stern memos at Simon & Schuster. Oh, my.

A few thousand writers and editors affiliated with Simon & Schuster are doing their damnedest to ensure that a memoir by former Vice President Mike Pence will become a best-seller when it comes out in 2023.

How they’re doing it may strike you as counter-intuitive, counter-intelligent and maybe even luncheon counter: They’re writing and signing petitions demanding that the longtime publisher renege on the deal. 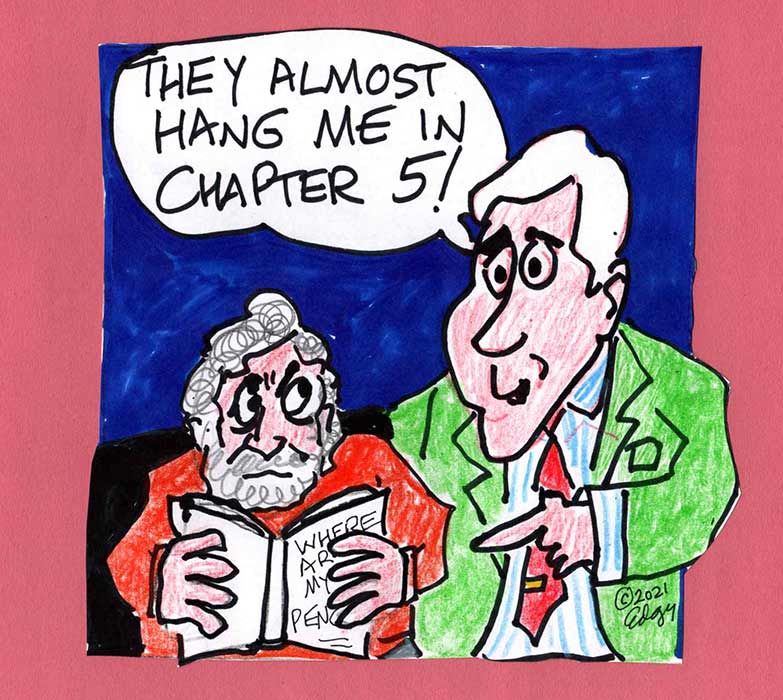 The expression, “Cutting off your nose to spite your face” comes to mind. Why would people want the company that publishes their work to lose out on making a few million bucks? Isn’t this a bit like wishing that the short-order cook making you a BLT wouldn’t wash his hands so often? (And you thought my including “lunch counter” in paragraph 2 was a dubious reach for a joke. Ha! If this were a foreign film, you’d call it foreshadowing. And maybe suggest it has something to do with my existential crisis. You’d be right on all charges, of course—including the one about my having made a dubious reach for a joke. So give yourself a bonus and take the rest of the column off.)

I certainly understand the heat and indignation inspiring the protest. Businesses across America, including Simon & Schuster, have been taking public pledges, which are about as reliable as political campaign promises, to be more woke (or should that be “woker?”). Many are even adding positions with titles like Chief Impact Officer, Social Justice Coordinator and, I dunno, Self-Righteousness Regulator. So it stands to reason that after Simon & Schuster made efforts in that direction—when it turns out what it really still wanted was cash on the barrelhead—people who’d bought into the company’s alleged moral authority would feel betrayed.

On the other hand, for 97 years, Simon & Schuster has been in the publishing business, not publishing service. I’m sure it has no desire to convert to a not-for-profit organization.

So where does a company draw the line between corporate conscience and conspicuous consumption? While the sardonic side of me can’t imagine that Mike Pence’s appeal as an author is to people who’ll actually buy (then actually read) books, the realistic side of me knows that even liberals will shell out the dough to get their Romneys (sorry: mitts) on the memoir. While it will be mainly to have something to make fun of during Havarti tastings, commerce doesn’t make a distinction between sincere and ironic purchases.

A year ago, this happened (the writer is Marc Tracy):

“James Bennet resigned on Sunday from his job as the editorial page editor of The New York Times, days after the newspaper’s opinion section, which he oversaw, published a much-criticized Op-Ed by a United States senator calling for a military response to civic unrest in American cities.

“’Last week we saw a significant breakdown in our editing processes, not the first we’ve experienced in recent years,’ said A. G. Sulzberger, the publisher, in a note to the staff on Sunday announcing Mr. Bennet’s departure.

“In a brief interview, Mr. Sulzberger added: ‘Both of us concluded that James would not be able to lead the team through the next leg of change that is required.’

“At an all-staff virtual meeting on Friday, Mr. Bennet, 54, apologized for the Op-Ed, saying that it should not have been published and that it had not been edited carefully enough. An editors’ note posted late Friday noted factual inaccuracies and a ‘needlessly harsh’ tone.“

This struck me as hypocrisy masquerading as journalistic ethics. I’ve been a daily subscriber and ardent fan of the New York Times since childhood and what I believe happened didn’t have very much to do with the paper’s “editing processes.” It had more to do with the newsroom uproar caused by the Times having run a self-serving guest editorial (aren’t they all?) that didn’t fit the organization’s essentially liberal culture.

That said, you can bet that if the Times has a chance to run a lengthy excerpt of Pence’s memoir, it will. Because people will be talking about it. And the  media outlet that considers itself “the newspaper of record” isn’t going to allow the zeitgeist to happen without it. (Someone should Google “zeitgeist” and tell Mike Pence not only what it means but also that now, through an accident of history, he’s part of it.)

I think I’ll wait for the movie adaptation.

Save Up to 50% of Amazon Devices 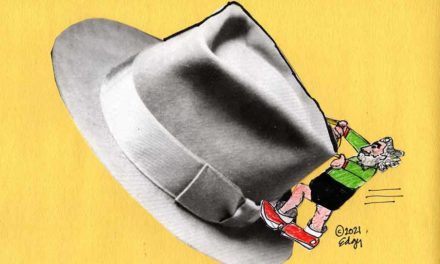 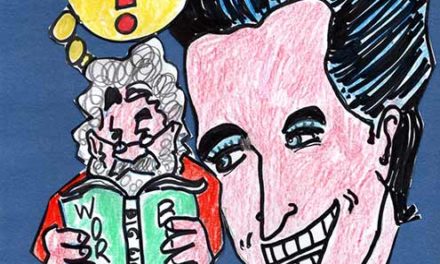 Save up to 97% on your new business domain!