England May Go “Imperial” But Not for Margarine

Measure for measure may be more than a play title

I just heard that Merrie Ol’ England may be about to march the Jolly Olde Metric System to the Tower of London and lop off its bloody olde ‘ead. Blimey!

This doesn’t quite mean that Great Britain is heading toward using American weights and volumes—so, to use United Kingdom spelling, kerb your enthusiasm. 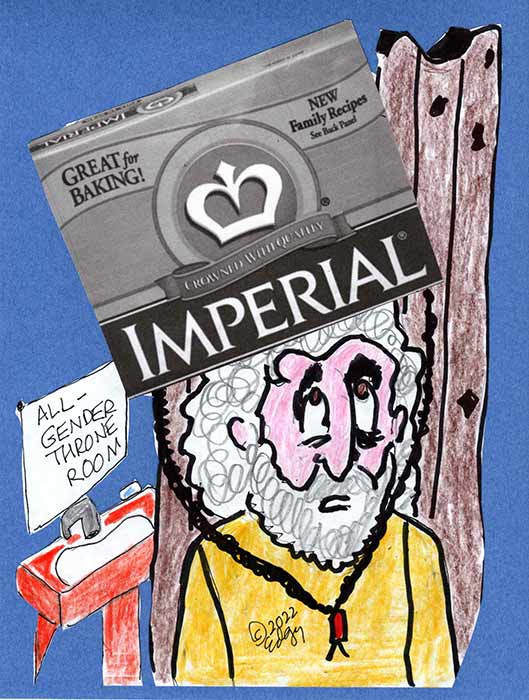 “Uneasy lies the head that wears the crown.”

However, the so-called Commonwealth of Nations is considering a dip into its medieval past, where “English imperial measurement” (that’s what they called it) was the rule of the day. And no doubt was the measurement on the rulers of the day, as well. But not on the yardsticks of the day. Yards are measured instead as “metres.”

Which begs the question: Will spelling better be next on, as many Brits pronounce it, their “agender”?

And will they consider ending the alphabet with the letter “z”  instead of “zed,” which sounds less like a letter than the name of a God-fearin’ settler on the vast American prairie?

“You reckon we should get the watons in a circle, Zed?”

“I know. I just think it pulls the rocks and trees togther, design-wise.”

English imperial measurement goes back to medieval times, for those of you who are unaware of it, never heard of it and likely have little-to-no desire to find out what it is. “The Medieval Era” occurred in the fifth to 15th century and is often used interchangeably (and without prior written permission) with “The Dark Ages, which took place from about 400 AD to 1000 AD, ending on a Tuesday just after lunch.

Neither period should be confused with the Dork Ages, of course, which for a guy last from about 14 years old until shortly before his death—when he realizes he really didn’t earn big dividends from that whole-life insurance policy or bitcoin collection.

To get back: Even we, the people of the United States, use a version of the imperial system. Apparently the Founding Dads thought it was one of the things they could hijack from England when we declared our independence. The others were the English muffin and putting “English” on a cue ball (“applied by striking the ball with the cue stick slightly off-center, causing the ball to spin and take a curved, rather than straight, path,” per word-detective.com).

Imperial weight is centered around the term “stone,” one of which is about the same as our 14 pounds. What makes this more dizzying is that the pound is also the name for England’s dollar; the empire didn’t switch to the euro when the rest of Europe did. (But what can you expect from a country which some observers throughout history have nicknamed “Perfidious Albion” and not in a nice way?)

Anyway, this means that if you tell a British woman, “You look like a million pounds,” she may be flattered, while saying it to an American woman would be a serious miscalculation.

The UK has been a tad schizophrenic about measurement systems for some time. It went metric in the 1990s but couldn’t even quite commit to that: If you go into a London pub, you still order a pint. And if you drink too many pints, you’ll be pulled over by the bobbies as you drive the miles to your home.

I’m a bit dubious that this campaign to revert to medieval weights and measures will catch on. And for once I’m not alone, except during most holidays, birthdays, family vacations at the lake and baptisms.

If that sounds enticing to her, she really should start her own online column. I enjoy that aforementioned freedom thrice-weekly. 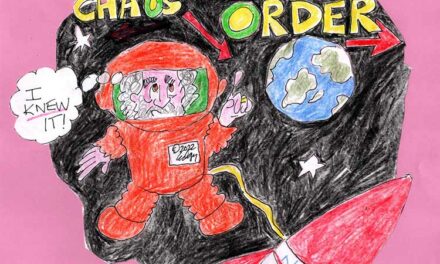 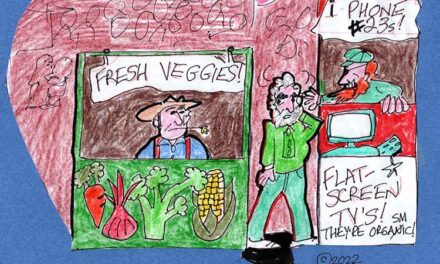 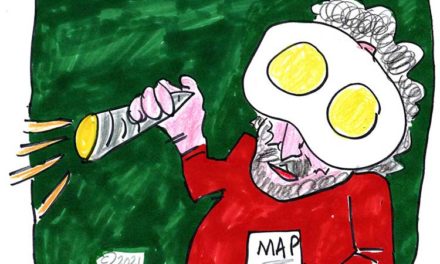 A Few Words About Breakfast, That Thing Before Lunch 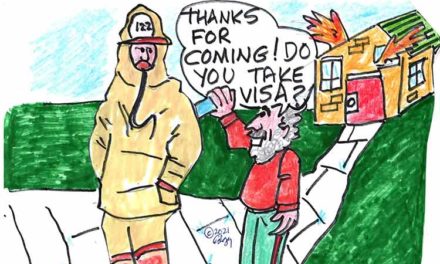