Has it come to this? And who cares?

I‘ve decided this crummy time in which we’re living needs a new tagline: “The Age of Indifference.”

This not-so-subtle spin on Edith Wharton’s novel “The Age of Innocence” is merely an attempt to update some of our country’s views and expectations since her book was first published 102 years ago (and was not, repeat not, the immediate subject of a book report by little Joe Biden) . 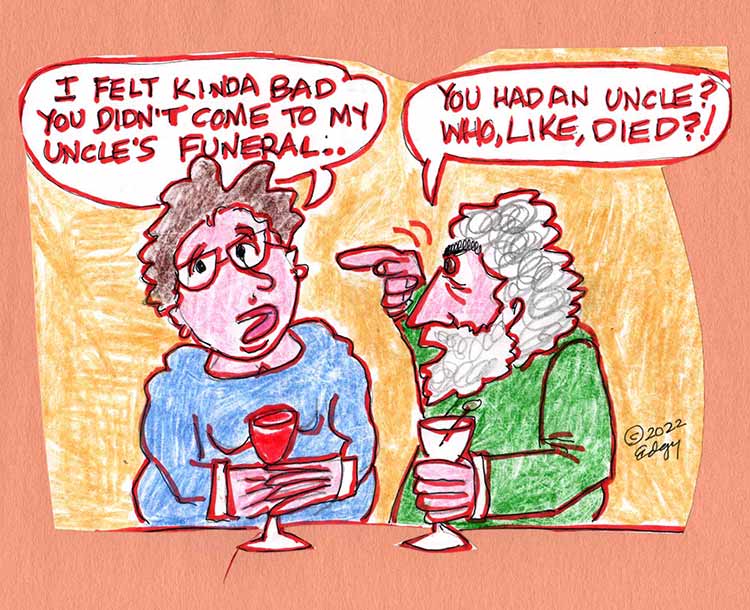 Here’s my less than ennobling take on how our world has changed, Whartons and all.

Two of the most popular expressions, or unspoken emotions, are “Who cares?” and “Because I can.” Both remind me of old jokes:

1. Question: What’s the difference between ignorance and apathy? Answer: I don’t know and I don’t care.

2. In a parking lot, a punk backs his car into a luxury sedan on purpose, just as the owner returns.

OWNER: What the hell are you doing?

PUNK: Whatever I want. Because I’m young and have no insurance and cool.

So the owner climbs into his car and T-bones the punk’s car as he drives away, wrecking the punk’s car’s alignment and smashing in the passenger door.

OWNER: Because I’m old and rich and can.

If this is starting to sound like a report from the generational warfare front, it’s only partly that. To be sure, in the past couple of years I’ve seen grown children treating their elders, and sometimes even their parents, with eye-rolling disrespect or outright contempt—partly because their own lives aren’t working out as advertised, and partly because they have no idea (and couldn’t care less) about the struggles others went through to help give them the strength and intestinal fortitude to behave like entitled brats. This, incidentally, is a condition that doesn’t seem to have a minimum or maximum age for entry.

And to clarify, I was no doll as a son. But in that era, saying “Shut up,” even to one’s peers but especially to an adult, was strictly verboten. While it might not have called for capital punishment, it was certainly a contender for lower-case punishment.

If you think I’m overstating this, consider two business models of recent vintage: Nordstrom, which has always gone out of its way to make customers feel special, and Facebook, which has no tangible Help Desk (just on-line tutorials) and couldn’t care less if you get hacked, have trouble signing into your account, want to remove your page or just generally die. Now let’s compare the companies’ fortunes.

Meanwhile, “Facebook surpassed $100 billion revenue in 2021 for the first time, increasing its revenue by 37 percent year-on-year to $117.9 billion in 2021,” according to Google and verified at several business/finance sites.

In short, Nordstrom is certainly doing well with its caring model. But Facebook is crushing it by not giving even a miniscule damn.

Finally, what about our newly entrenched callousness about showing up on time (if at all) for (a) volunteer board meetings, (b) social events, (c) medical appointments, (d) family gatherings, (e) funerals, (f) college classes, and even (g) jobs?

For some reason we have the feeling that if we’re no-shows, we probably won’t get (a) ousted, (b) ostracized, (c) dropped as a patient, (d) disinherited, (e) condemned, (f) expelled and even (g) fired.

Worst of all, we don’t even have to come up with elaborate excuses anymore (e.g., The dog ate the invitation to your engagement soiree, I was abducted and probed by two-headed aliens) or even decent ones (I wasn’t feeling well and didn’t want to spread anything, just in case).

All we have to say in this Age of Indifference is, “I just didn’t want to go.”

Perhaps that sounds icy. Too bad. It works for me every time.

Professionals should consider being youth mentors at your workplace or in the classroom.

Youth mentors create programs to improve the well-being of young people by providing role models that can support them academically and socially. It’s important for all young people to understand a wide variety of industries and work opportunities available to them. Education and mentoring are the combined key.

I remember being an adult counselor at a summer camp for girls 10 to 15 years old living in far-from-economically-privileged economic settings, some even without homes, who were forced to couch-surf or live on the streets. When I asked them about their career aspirations, I was shocked at how many of them responded by stating they either wanted to go into the CSI field (based on a popular tv series at the time) or become “nail technicians” (a fancy title for manicurists). Their career choices were limited to what they saw on popular television or Netflix series, or what they observed in their troubled homelives.

I calmly explained to them about how to break into entry jobs such as in banking and finance, but it was hard to make an impact in a quick summer camp conversation—they needed to observe and learn in more detail. There was definitely a need for more education about career choices and opportunities for student interns that could make a world of difference to some of these kids.

For several years, Golden Pacific Bank sponsored a student intern program, Cristo Rey, that provided high school students who had limited financial resources with professional on-the-job work experience. Two of the interns did especially well in our loan servicing department, demonstrating the ability to learn quickly and apply general organizational and math skills. I would definitely hire them again.

Career-focused mentoring provides young people the opportunity to learn and consider a world of work at different industries that may not be otherwise available to them—it’s a good industry practice, and good for raising the next generation of skilled and confident workers. 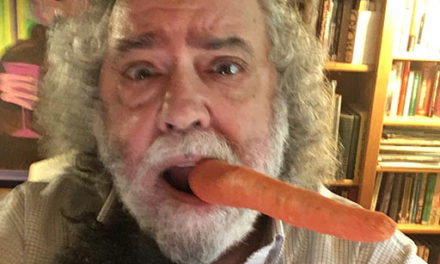 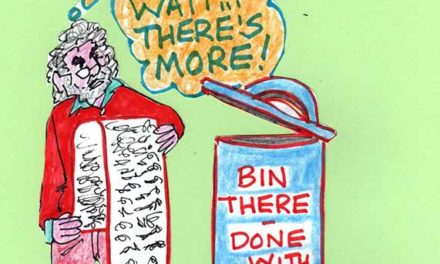 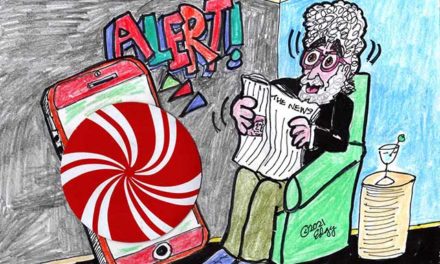 Wait! We Figured Out Trump Just in Time for the Inauguration! 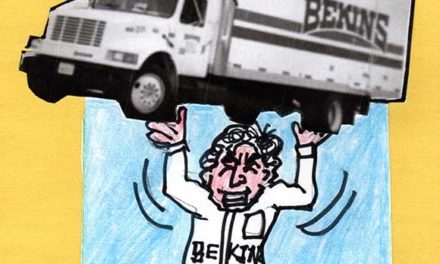 Tote That Barge! Lift That Bail! Add Years to Your Life!