My market research consultant York Ray-Zee—please sound out her name and we’ll get along just fine—burst into my office a few moments ago, all “het’ up.” (“Het’ up” is an expression no one I know actually says, along with “’Sup?”)

“Dr. Goldman,” she respectfully said, at least in my self-inflated retelling, “I just got back from the most amazing news conference at the State Capitol!”

“Did you know that California’s presidential primary will be held on Super Tuesday for the first time ever, on, like, March 3? That’s, like, Super Tuesday!””

California will be joining eight other states when it hosts its primary on the first Tuesday of March
Well, actually, we voted that early 11 years ago,” I said, doing my best to sound like a father figure even though I’m better positioned—in terms of chronological, follicular and personal-circumference metrics—to be a grandfather figure.

“I’m 20 years old, Dr. G. I didn’t know that. As you know, for my generation, the world didn’t start existing ’til we were in high school.”

“Wow, you must get along great with your kid.”

“Not at the moment.”

“She thinks I’m history. —Look, why are you so worked up about—”

“Because this means people my age will have the chance to vote for our favorite presidential candidate and possibly even sway the election in her favor!”

York looked shocked. “I figured you for a Joe Biden guy,” she said. “I mean, you’re both old, you’ve both had hair transplants—”

That did it. “Forget the hair transplants!” I said (secretly wondering if the Bosley people have a leak in its organization). “He’s a plagiarist! To a professional writer like me, that’s a mortal sin!”

York just looked at me with a mixture of sorrow, pity and possibly a silent plea for Pepto Bismol. “Like anybody cares about that,” she said.

“Dr. G,” she continued, “musical artists sample other artists’ work all the time.”

“No it’s not, it’s a potage! Get with the times,” she said, storming out of my office.

I wondered if she had meant to say “homage,” or if her generation thought of theft and soup in the same vein. Hadn’t there been a show on cable for years (1991-2002) called “Talk Soup,” a sort of homage to every other show on the air, with its incessant use of purloined clips and occasional skit?

Well, here’s the deal: California will be joining eight other states when it hosts its primary on the first Tuesday of March, just one day shy of three months from today. That collection of states will mean nearly 30 percent of the country will send a signal or two that day about who it wants to be its Democratic candidate for president. If that vote could also begin the dismantling of the Electoral College, I may even get as het’ up about the whole thing as York. 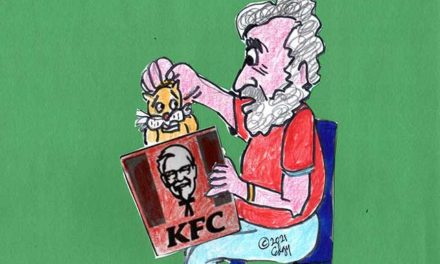 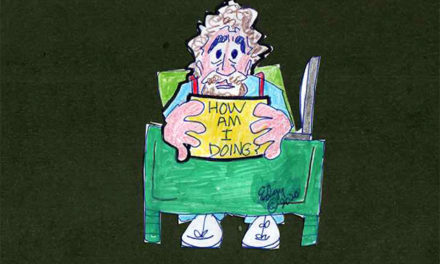 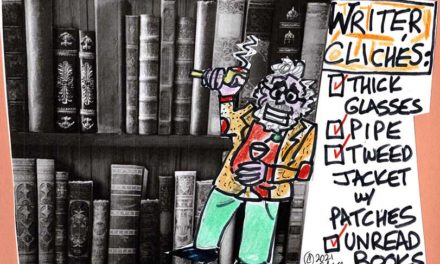 Some Prose on Posing 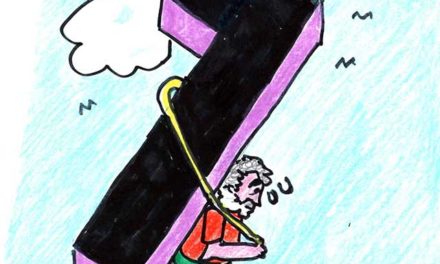