Return To Long Beach Is No Blast From The Past

When I left Long Beach, California in 1976 to begin a job in California’s capital—I had been hired as the city of Sacramento’s second public information officer in history—parting was not “such sweet sorrow.”

I hated this oceanfront town: its political corruption, its uncleanliness, its crime rate, and the oil well “islands” which dominated its entire coastal vista. 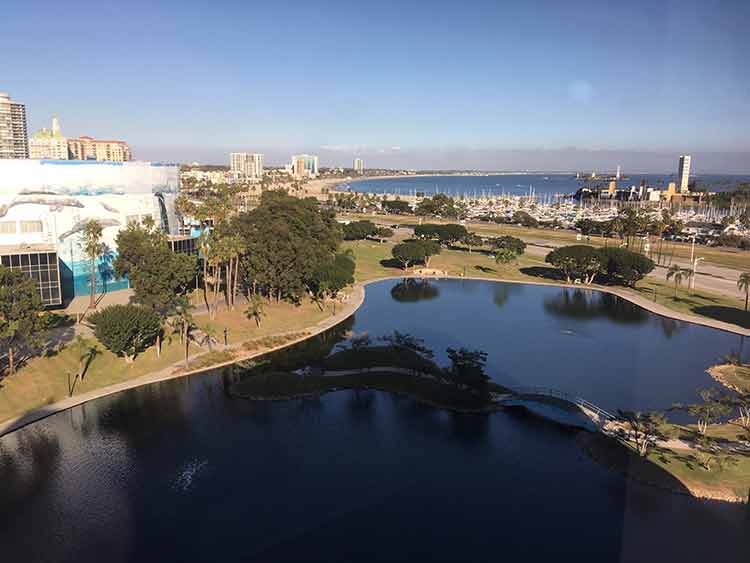 Most of all, I hated my life. My father had just died and an ill-advised marriage to my college girlfriend was failing, through no fault of her own. Moving to Northern California seemed, if not a solution, like an idea whose time would come. Changing one’s geography is rarely a panacea but I thought it could be a decent band-aid.

This Fall I returned to Long Beach to reunite with fellow members of Thespian Troupe 716 whom I’d met and performed with in the Lakewood High School drama department (Lakewood is contiguous to Long Beach). The fact that we’d all aged was predictable (and is previewed during our bi-monthly Zoom calls). But the discovery that tired old Long Beach had transformed itself via vision, boosterism and redevelopment funds into a modern, diversely peopled bedroom-and-industrial metropolis was a stunner.

A town that had dubbed itself “The International City” by virtue of its having hosted a global beauty competition, Long Beach nonetheless had been known as a port-of-call for shore-leave sailors and freighter-lading stevedors—as well as a place where people from the Midwest retired. (Los Angeles is where they went to die, per Nathanael West in his classic novel, “The Day of the Locust.”) In fact, a story I covered for the Long Beach Press-Telegram was the annual Iowa State Picnic—not a transplanted event, just a nostalgic replica of the genuine one, albeit with real former Iowans.

We holed up at the Hyatt Regency, which is the jewel in the crown of Long Beach’s resuscitated shoreline. It features a collection of contemporary art, a proliferation of panoramic windows, blonde-wood touches throughout and, like other Hyatt hotels I’ve stayed at (in Paris, New York, Chicago, Boise, and even in my own Sacramento when I was having some work done on my house), immaculate housekeeping.

The hotel is also a few hundred yards from The Pike. This was once a notorious nightscape of carnies, prostitutes and tattoo parlors, in the days when inking up was seen as both socially and medically dangerous (unlike its being one of today’s almost mandatory accessories). Today, The Pike is a family-oriented amusement park. It’s not as colorful, perhaps, but it’s also not as likely to be a venue for a hapless young reporter—writing about allegations that gangsters were bleeding concessionaires in a protection racket—to get beat up in about 30 seconds late one afternoon in 1971 as “a warning.” I was that hapless young reporter; and it literally pains me to report this might have been the most illustrious occurrence in my early career.

Situated in massive Los Angeles County, Long Beach is the 42nd-most populous city in the country (466,742 as of two years ago). When I lived there and occasionally got assigned to cover its city council meetings, it had a small-town vibe that wasn’t helped by its having an elderly mayor who would fall asleep on the dais with his eyes open. Well, they possibly weren’t open: the glare from his eyeglasses obscured them. But what they couldn’t do was silence his snore, which cataclysmically took over the soundtrack of one meeting I covered when the city clerk forgot to mute the mayor’s microphone during a less-than-compelling discussion of drainage canals.

Since then, Long Beach’s leadership has grown in sophistication along with the city. Under two-term Mayor Robert Garcia, the council navigated its way through the COVID crisis and riots that erupted after the police killing of George Floyd in 2020.

What has also grown is its urban/commercial affect. Driving down Ocean Avenue one afternoon, we suddenly found ourselves on and amid towering bridges and girders surrounding the port of Long Beach, an eerily dystopic (and oddly beautiful) expanse that for me was reminiscent of Fritz Lang’s silent masterpiece “Metropolis.”

Long Beach has much to recommend it as a tourist destination but you can go to its multiple websites to read all about them. In the meantime, please accept this as a somewhat subdued paean to my former haunts and a time that, refreshingly, didn’t stand still.

Axe Me No Questions 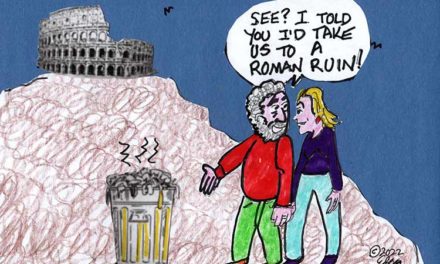 From Rubbish With Love: Rome Is One Messy Mecca