How I Spent My Summer Vacation(s)

Resort towns and how they grow

Starting in childhood, I’ve spent parts or all of many summers in resort towns.

When I was a little kid, my family stayed in South Fallsburg, New York, once better known as the legendary training ground for comedians, the Catskills, in the Appalachian Mountains. 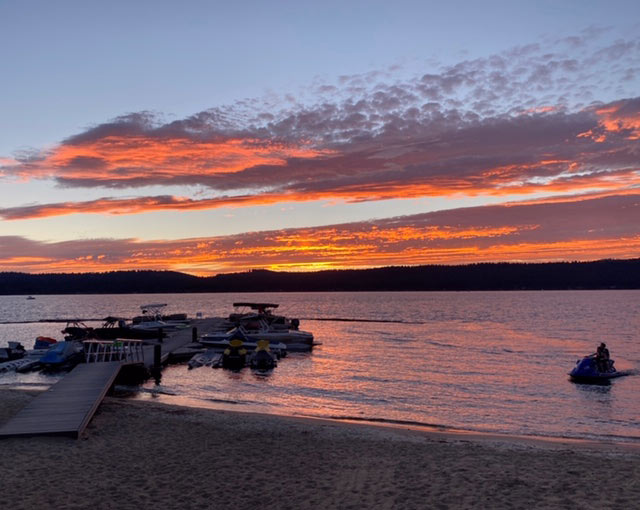 Summer sunset on a lake. Photo by Cynthia Larsen.

Even though I was still in tadpole phase, I vividly recall two elements of that trip: gathering strawberries from a patch probably owned by the resort, which gave me my lifetime fondness for the fruit as well as two bouts of diverticulitis in adulthood, and “helping” my dad, who was getting around on crutches. In late spring he had stepped on a nail that pierced his boot while fighting a fire in the Bronx and asked me to “read” to him (I was just learning to do so). So I sat with picture books and mainly recited what I had memorized when my parents had read to me. A friendly guest told me I looked like a college teacher; he punched out the lenses in an old pair of sunglasses, plopped the now-empty frames on my ears and called me “Professor Edward.” This tickled me but really cracked up my folks, since I pronounced it “profethor,” owing to my lisp and the temporary illiteracy of a three-year-old.

When I was five or six we stayed in Littleton, New Hampshire, near the White Mountains. This was a rural town that came complete with all the bucolic amenities one could almost check off on a Goin’ Country list: the farm family across the road had a collie who was a dead ringer for Lassie, their son who was just a year older than I was did things like chew on thistles and steal blocks of ice from the local general store and spout homilies, most of which began with the word “anymore” (“Anymore, ya cain’t go inta town on Saturday ‘cause all them tourists get in the way”).

And as I grew to annoying adolescence, we vacationed at Crestline Lake, in California’s San Bernardino Mountains. This proved to be a seminal hiatus. The town was so tranquil that our parents let my friend Mike Zarowitz and me walk to a movie theater after dark by ourselves. We were 12. The film was “Mr. Hobbs Takes a Vacation” and the theater must have got quite a deal on it: it had come out a year before and the print we saw looked like someone had spilled WD-40 on two of the nine reels. But we didn’t care. We were granted a freedom neither of us had ever known.

While the shared theme of these venues sounds like “mountains,” it was more that each vacation venue was, whether the residents liked it or not, a summer resort town.

I spent two weeks this summer in one such place—not in California, but in a resort town surrounded by, yes, mountains, adorned by a lake rimmed with quaking aspens as well as white beaches. And, like other places that come to life principally in the summer, the town was impaled on the horns of a dilemma: to grow or not to grow.

I’m being coy about not naming the town or the state because people who live there would be: (a) angry about the publicity and the prospect of their sacred enclave suffering from urban encroachment; (b) thrilled that the mention would lead to more people and companies moving there, causing an uptick in the value of their homes, or (c) both.

Thanks to the Kevin Costner fantasy film, “Field of Dreams,” the go-to phrase in developer circles became “Build it and they will come.” While in the movie that referred to building a baseball diamond in the middle of an Iowa corn farm, and “they” who’d come were dead baseball players, the phrase has become both an aspirational bromide about bringing people into your dream or a cynical comment about the construction industry, not unlike journalist H.L. Mencken’s possible observation, “No one ever went broke underestimating the taste of the American people.”

You can see how this applies to summer towns.

While the hope persists that deploying non-growth ordinances and collateral literature will keep out carpetbaggers and imprecise riffraff (i.e., everyone but us), the reality is that this approach often gets developers’ chemicals aroused. It’s almost as if they think it’ll be more profitable to acquire land and build something no one feels a need for.

For eight years I had a second home in Capitola, one of several resort towns in Santa Cruz County, about 25 miles north of Monterey.

As I’ve observed in all the resort towns I’ve stayed in, the major activity for vacationing adults seems to be walking in small groups, looking at the homes or boats near the shore and gazing at flyers in the windows of local real estate offices to kid themselves that they might be considering the purchase of a second home in this year’s vacation paradise.

Then they ask bartenders (or the realtors) about places where they might find the area’s “authentic” cuisine or “tap into” the local music scene. Then they walk some more and look at stuff and pore over the town’s newspaper (if it has one), as though increasing their enculturation.

Most of these people don’t trash resort towns—by which I mean strew trash on the streets rather than walk to garbage cans and deposit used burger wrappers, plastic soda cups and French-fry boxes—as teens on semester breaks and other “day trippers” will do. Most people respect resort towns, even if they discover a new one each year.

And most resort towns really shouldn’t cede to unrestricted growth because they want the tax base or are suffering from identity crises. They should put up with visitors and keep themselves friendly, attractive and to scale.

The undeniable marvels of resort towns include the sounds and silhouettes of children playing on the beach or in the water as the sun goes down. They move about fearlessly, laughing and yelling in their God-granted “outside” voices, their faces flush from days in the sun and the unedited joy of freedom. Their parents, too, may find themselves hovering less and sighing with a certain self-satisfaction that it was their hard work or possible inheritance that provided this vignette.

Neither every company nor every resort town needs to grow. But children and their memories do. And that, friends, is my summery judgment. 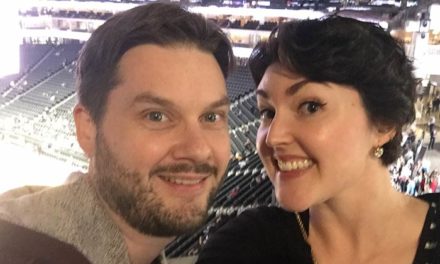 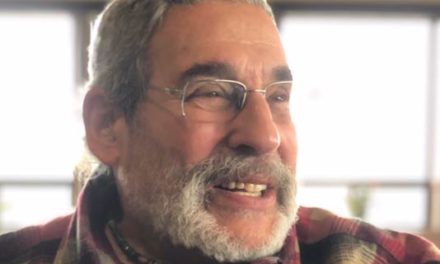 A Tribute To My Brother On His 81st Birthday 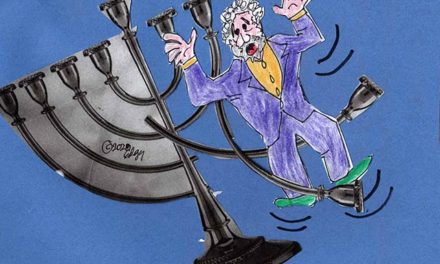