Up Yer Nose with a Tanning Hose!

USA Today reported recently that people desperate to have George Hamilton’s complexion—medium-well by most chef’s standards—have been resorting to nasal-spray tanning products. 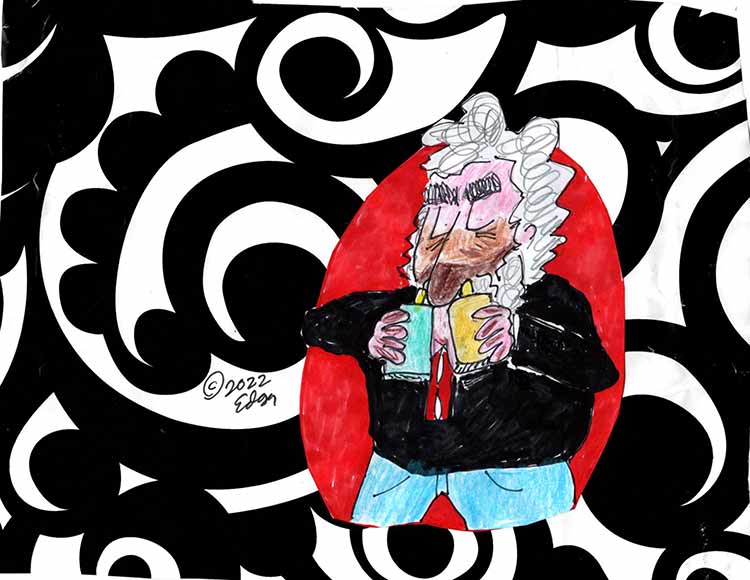 A tan to dye for

As you know, tanned Caucasian skin became a symbol of prosperity and well-being in the mid-20th century, along with Eichler homes, Eames chairs and, well,  George Hamilton. Before that, a ruddy exterior denoted you were an outdoors laborer. Similarly, being a bit portly and pasty could convey an aspect of affluence, as if to say, “I stay inside and overeat because I have either a trust fund or have embezzled funds.”

Then Hollywood arose from the La Brea Tarpits, like a debauched Brigadoon. Soon we had jet-setters and water and snow sports that took money to take up. We got to the point that today, if you look a little bit crispy and slightly underfed, the total effect is you’ve got it made (though not in the shade, natch).

According to the article, the key compound in nasal tanning spray is “melanotan.” It “mimics a natural hormone in our bodies known as melanocytes stimulation hormone,” according to Dr. Joshua Zeichner, who runs the Cosmetic & Clinical Research Dermatology department in New York’s Mount Sinai Hospital. “When inhaled, it tells our skin cells to increase pigment production to cause skin darkening.” Pretty damn quickly, in fact, allowing multi-taskers to snort and run.

The process poses some risks, of course, as many phony-baloney, snake-oil, non-FDA-approved idiotic elixirs and bogus panaceas sometimes may.

“The inside of the nose is very absorbent,” sniffs Lily Talakoub, founder of a company called Derm to Door (apparently Cancer Dash and Melanoma While U Wait were already taken). This is why Flonase and various anti-histamine sprays are effective at clearing your nasal passages but, unfortunately, won’t also make you resemble an Aztec sun god, even if you get everyone you know to squint. It’s also why snorting cocaine and heroin offer more expedient highs than drinking 17 gallons of Jolt Cola or sipping a broth made entirely of Venezuelan coffee beans.

I’ve had an on-again/off-again relationship with tanning most of my life.

When I moved from New York to southern California at the age of eight, it took a very short time for me to transition from a marshmallow-toned and -shaped kid to a slightly charred meatball. Photos from that period of my life depict The Blob from Ipanema, personally serving as my beach blanket’s sunblock.

In later years, as the dangers of over-exposure to the sun began to dominate the news and our summer-barbecue conversations, I began to fret that my errant ways as a lad were going to sound my death knell before I was old enough to refuse all membership entreaties from AARP.

Yet, so far, I’ve been lucky. Even though I have enough suspicious-looking moles to start my own spy agency, doctors—including the noted dermatological surgeon, Dr. Andrea Willey—have looked at every one of them and reassured me I was fine while urging me to put my clothes back on “STAT.” I figured that was a medical term meaning “You hunk” but perhaps not. My subscription to the AMA’s Lancet journal expired during the Carter Administration.

These days, if I look reddened it’s usually because I sat too long on the patio of a coffee shop, am having a blood pressure-related moment or am embarrassed by having found out what STAT means. I ought to text George Hamilton and let him know. 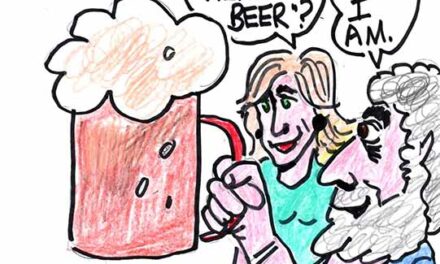 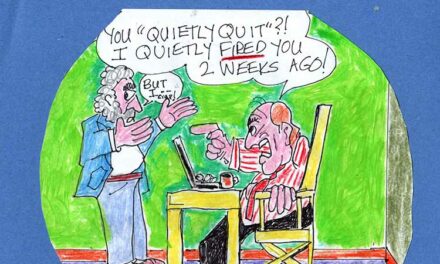 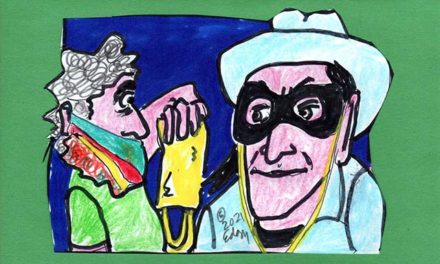