‘Tooning Into the Disney War Room

We obtain transcripts from an unreliable source (us)

We are in the Disney War Room. Thousands of the company’s Southern California Disneyland employees have been given just 90 days to deploy to Florida’s Disneyworld as the sovereign entertainment empire does battle with the Sunshine State’s forces of evil.

In a stroke of luck, possibly augmented by a sizable bribe, The Goldman State has been allowed to embed—but only after three dates and talk of late-spring nuptials—with Disney top brass. Notably absent from this high-level confab are Minnie Mouse, Daisy Duck and any of the dancing hippos from “Fantasia,” adding fuel to the fire that the Disney kingdom is misogynistic (even though the stars of 99 percent of the studio’s animated films are strong women), racist (Minnie Mouse is Black—but then, so’s Mickey Mouse) and binary. Let’s listen: 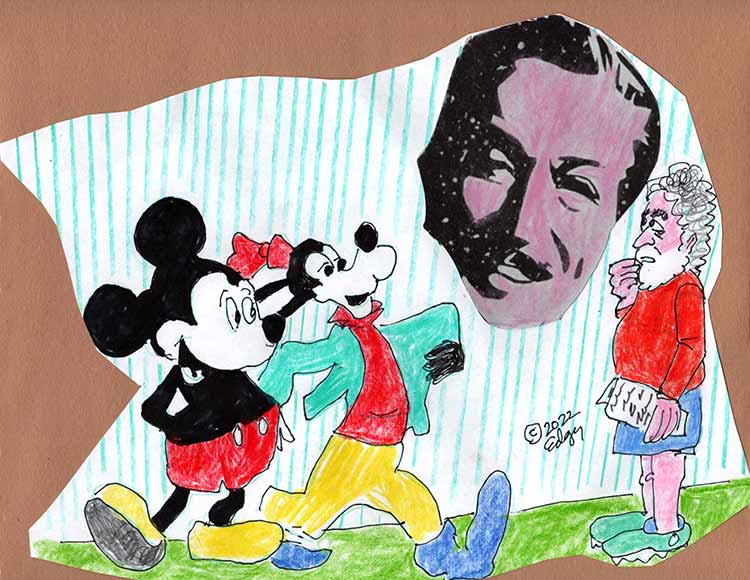 When You Diss an Avatar

GOOFY: I think the word you may be going for here is “transition.” A’hyuck!

WALT DISNEY’S CRYOGENICALLY FROZEN HEAD: What the devil is a “transition a’hyuck?”

MICKEY: “A’hyuck” is just what the lieutenant says after everything. It’s like, his trademark. He doesn’t want to bark and get outed as a dog.

WALT DISNEY’S CRYOGENICALLY FROZEN HEAD: What’s wrong with being a dog? It works for Major Pluto.

MICKEY: Sir, that’s just it, sir. You always have me in the cartoons saddled with an articulate two-legged dog named Goofy—

MICKEY: —well, able to speak and wear sporty ensembles, anyway. The other is—uh…

MICKEY: Well, sir, we’ve always had kind of an evolutionary tussle going on here in the slap-happiest place on earth.

DONALD DUCK: At least you get to wear pants, Mister Mickster. Me, I always feel a draft. Right between my—

WALT DISNEY’S CRYOGENICALLY FROZEN HEAD: Of course. Disney World is an egalitarian sovereign state. Sure, we make our own decisions regarding land use, human resources, form of government, pay and sexual equity, but everyone here has the right to my opinion.

WALT DISNEY’S CRYOGENICALLY FROZEN HEAD: I mean his or her opinion. Their opinion. Its opinion. Whatever.

CORPORALS CHIP ‘n’ DALE: Well, we heard that if all the employees from Disneyland in California are forced to move to Disneyworld in Florida you’re going to have a revolution to contend with. Sir, why don’t you allow your Imagineers here at Disney recreate your body so you can come back and take charge of this  ungodly mess?

GOOFY, DONALD DUCK and MICKEY: Yes! Do it, Chief!

WALT DISNEY’S CRYOGENICALLY FROZEN HEAD (after a pause): No, I think I’ll just quit while I’m a head.

STANDING UP TO GOVERNMENT—FOR THE CUSTOMER

Last week, banks and credit unions were united in their criticism of a government agency called the “CFPB” or Consumer Federal Protection Bureau, and it’s current director, Rohit Chopra.

This agency was created by an Act of Congress in an unusual structure for a government agency that allows the lead regulator to be unelected with much more expansive powers than other banking agencies.

Banks and credit unions have expressed concerns since the inception of this agency that these unusually expansive powers “could under certain conditions create enormous hurdles for banks….”

As stated by the American Bankers Association in a more detailed public release, “Since arriving at the Consumer Financial Protection Bureau last October, Director Rohit Chopra has been busy. Under his leadership, the CFPB has issued nearly 60 press releases as well as multiple reports and blog posts, many critical of the banking industry I represent. Behind the public relations blizzard and the CFPB’s campaign-like demonization of financial services lurks a troubling strategy: An unelected federal regulator is seeking to shortcut the traditional regulatory process, opting instead to use over-the-top rhetoric and unfair, deceptive, and abusive methods to trumpet a politicized enforcement binge.”

As a former regulator and long-time banker, I do recognize and respect the clear delineation between the rights and responsibilities of all federal banking supervisory agencies. I also firmly believe that regulatory agencies should remain nonpolitical.

I share the banking industry’s concerns that the CFPB, under its current leadership, is unleashing new rules that could backfire into more harm to the very consumers they’re responsible to protect. I agree with my fellow bankers that all members of Congress should be concerned.

And I urge Congress to reconsider the power of the CFPB when its director testifies on Capitol Hill this coming week. 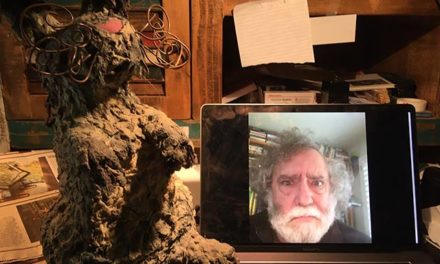 Are Work Desks Really Disappearing? Mine Does, Daily 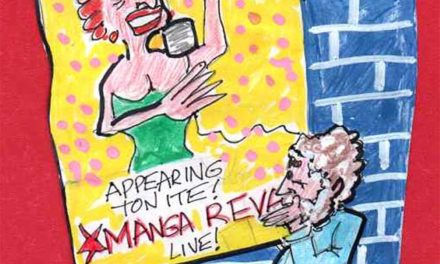 Got the Blues? Read the Wall Street Journal’s “Mansion” Section 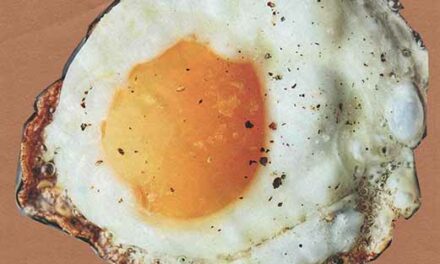