Amid COVID and Construction, Tailor/Clothier Hangs On By His Threads

These days, John Boghossian is between his racks and a hard space.

Boghossian is a tailor by trade and heredity. His men’s store, Vanini European Clothier, is across the street from California’s capitol. He and the mostly small-business retailers within the shadow of the familiar dome took their lumps for more than two years as COVID-19 either shut down nearby offices altogether or saw reliable customers assigned to their dining-room tables to wait out the pandemic storm. 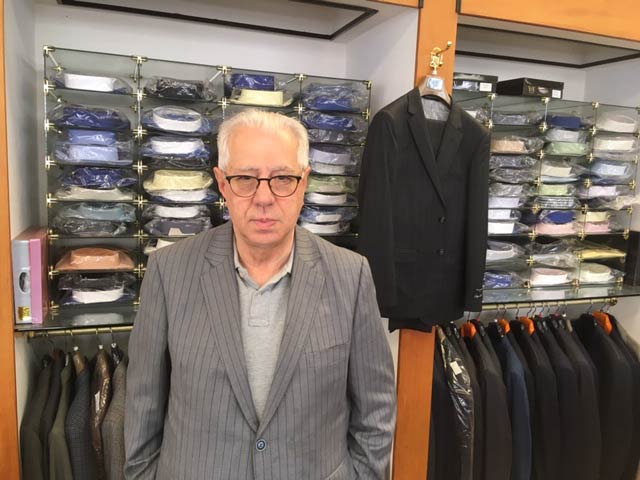 Boghossian with some of his finery. Photo by Edgy.

Then, as cases finally began to drop more than patients, and Boghossian and his fellow storekeepers thought the worst was over, California decided to beautify its citadel, embarking on a three-year, immensely expensive restoration. The project has relocated thousands of state employees, members of both houses of the state legislature, lobbyists, and consultants to facilities several blocks from the capitol.

These are the people who’d bought Boghossian’s fine-tailored threads, the café’s pastries, the sandwich shop’s tuna wraps and a couple of restaurants’ expense-account cocktails, steak-and-potato meals.

Here’s what’s on the horizon, according to the Los Angeles Times:

“They’re planning to demolish most of the state Capitol and replace it with a larger, more luxurious structure for about $1.3 billion. During construction, the governor and legislators will be quartered at a new 10-story building one block away that is costing another roughly $450 million. The temporary quarters are dubbed the “swing space” because elected officials are swinging in now and will be swinging out when the Capitol project is completed. It’s hoped that will be in time for California’s 175th statehood anniversary on Sept. 9, 2025.”

“How many years do they expect small businesses around (the) capitol to survive?” asks Boghossian, in his low, thickly accented voice. We are sitting in his store amid immaculately maintained racks of Italian-made suits, sport jackets, slacks, shirts, ties and accessories—while outside, construction workers rip up L Street, one of the bordering arteries of the capitol (the others are 9th, N and 15th Streets). The cacophony of jackhammers, car horns, boom-box-level car stereos and the occasional impromptu preacher, and the heart-draining sight of homeless people walking and staggering by, punctuate our chat.

“Is this what we want tourists to see and hear when they visit California’s capital?” he asks.

Boghossian says he’s been told that some “very connected people” will be lobbying various government entities soon to “try to find us some financial relief” while the bloated, business-wrecking renovation continues. In the meantime, he says he’s working with Sacramento City Hall, his landlord, to somehow modify the remaining eight months of his lease. He’s in a difficult position: sitting on hundreds of thousands of dollars’ worth of inventory in a prime downtown Sacramento location. He could offload his wares to another clothing store but, as he says, “Who will want to buy a business that has limited (foot) traffic?”

When the nearby Hyatt Regency Hotel was luring affluent guests, Boghossian says it wasn’t uncommon for some to stroll by his store and make a few impulse buys. He recalls a fairly recent Friday evening phone call from a hotel guest who needed to be at a reception the following day and either had neglected to pack a suit or was a victim of the airline having lost his luggage. “He calls me, asks if I’m in the store and I said no, but I can meet him there in 30 minutes,” Boghossian tells me. “So I drive back downtown, meet him, sell him a suit and alter it for him while he waits. I don’t think there are too many owners of clothing stores who personally buy, sell and can then tailor their merchandise.” 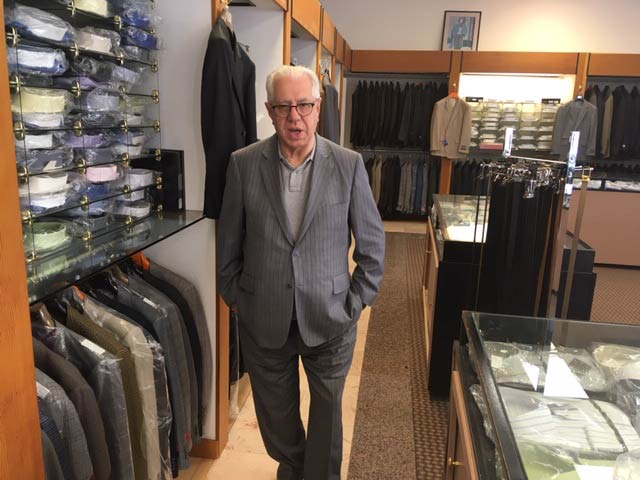 Boghossian in mid-comment. Photo by Edgy.

I’d already been buying suits and such from Boghossian for a while when, eight years ago, I wrote about him for my daily column in the Sacramento Business Journal. An excerpt:

“John Boghossian is a tailor, a clothier and a walking United Nations.

He speaks Arabic, Turkish, French, Armenian and English (though with the latter, he leaves out the occasional conjunction, preposition or modifier). On top of this, Boghossian — the founder and owner of Vanini European Clothier, the downtown men’s store that’s specialized in Italian-made attire since opening in 1997 — was born in Lebanon.

“’People think I’m Italian when they come in store,’ he says, despite his Armenian surname and thick accent. Boghossian knows he has only himself to blame. When he opened Vanini on L Street, directly across from the State Capitol, he knew he’d be selling Italian clothes and wanted the store to have an Italian name. ‘It was a little joke,” he says. ‘There is a big lake in eastern Turkey, Lake Van. I add the “ini” (eeny) and what do you know, we’re Italian!’”

I plan to keep buying clothes from Boghossian as have countless boldface-name politicos (including former Assemblyman and San Francisco Mayor Willie Brown) and movie stars (Charles Bronson and Steve Martin, in the days when Boghossian was the chief tailor at Ted Lapidus and other famous apparel stores on Rodeo Drive in Beverly Hills).  I hope you will, too.

Until then, the best I can do is wish him good luck in a few of the languages he speaks—hazana saeidan (Arabic), iyi şanslar (Turkish), bonne chance (French) and hajoghut’yun(Armenian)—and in the one everyone thinks the owner of a store called Vanini should speak: buona fortuna (Italian). 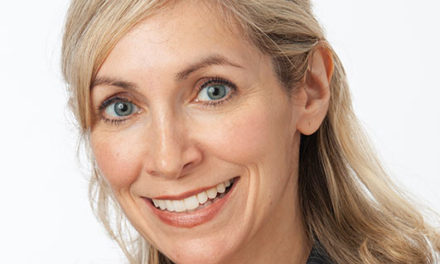 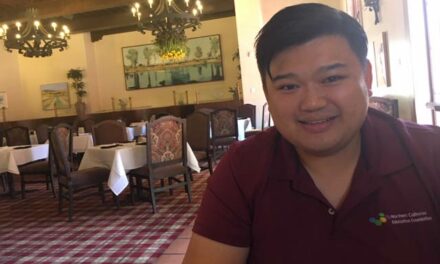 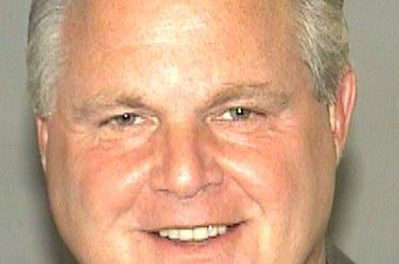 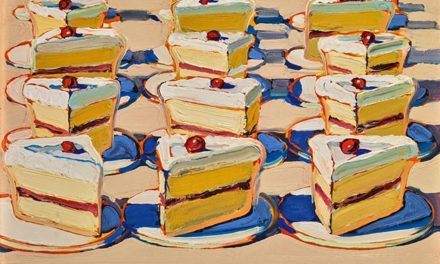