Luxury autos that cost more than my first home and may have more square footage are re-dominating the new-car market. Some are gas-powered, some are electric, some are hybrids and for all I know, some are atheists.

But all are expensive. 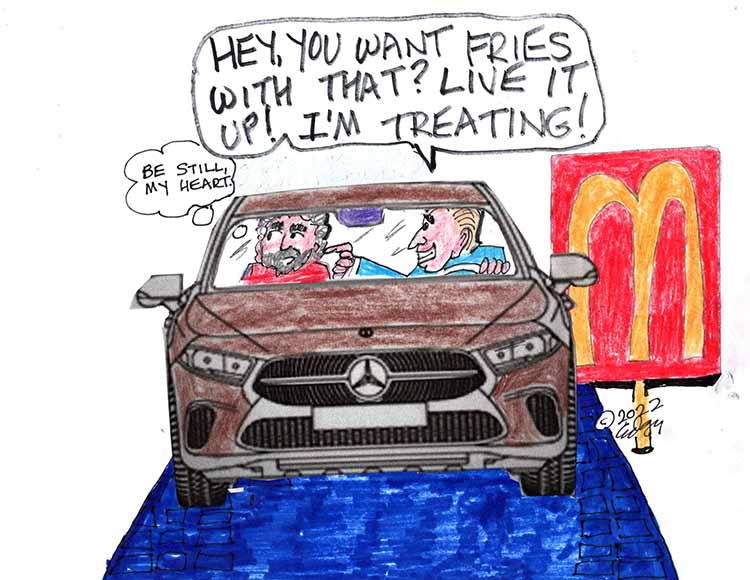 This is according to various business media sources but also the testimony of one’s own senses: All you have to do is get on a freeway (preferably, not as a pedestrian) and compare the number of full-sized sedans and minivans to compact cars that zip by at 85 miles per hour (the new COVID speed limit, as people tried in vain to outrace illness).

You can also, on the same freeway, watch these mammoth conveyances line up to resemble a stalled funeral procession. It all depends on the time of day you opt to do your research (for which no grants are currently available, sorry to report).

While you still might not see a cavalcade of Rolls-Royces, Bentleys, Porsches and even BMWs in Target parking lots, it’s being reported that more young people with obscenely disposable income but precious few places to travel and spend it—thanks to the pandemic’s decidedly inhospitable behavior toward the hospitality industry—were snapping up amenity-larded luxury cars and driving them to the take-out windows of fine-dining restaurants.

While this may not offer owners the same opportunity to display income panache as nearly running over a fine-dining restaurant’s parking valet, rest assured it’ll spark similar commentary from observers to characterize the drivers as that body part that often precedes the popular adjective “retentive.”

I found out many years ago that luxury cars don’t always symbolize a luxurious lifestyle. For about four months, I edited a small-town Southern California newspaper whose owner, a hugely successful commercial real estate broker, drove the largest Mercedes sedan available at the time (I think it was one of the brand’s U-Cantaffordme Series).

This guy had bought the paper not from a love of small-town journalism but because a year before he had run for a seat on the town’s five-member city council—and even though turnout was depressingly low, he’d lost by a landslide. So he decided to buy the little weekly newspaper, hire a young but already experienced daily newsguy who bore an uncanny resemblance to this columnist and, in editorial after editorial, exact revenge on the current city council who’d laughed off his candidacy and the voters who’d done the same.

Admitting he knew nothing about running a newspaper, he put me in charge of damn near everything, from writing news and sports stories and columns to selling ads and even staying late one night a week to help the printer run off the paper. I didn’t mind because the experience was giving me a soup-to-nuts education about the newspaper business, which I’d fallen in love with as a kid taking a class tour of the Long Breach Independent, Press-Telegram, for which I later began to write, at the wizened age of 19-and-a-half.

I also liked knowing a millionaire and thought that one of these days he’d invite me to lunch or golf at his country club. Well, there was no country club in this little town, which was just as well since I had never played golf (and still haven’t). But then, one fateful morning he burst in about 11, beaming about how the paper’s revenues and readership numbers were up, and saying, “I think it’s high time I took you to lunch, young man.” He said he had a few errands to run out and do but would be back to pick me up at 1 p.m. sharp. I liked that he dined a little later than most small-town people and began to speculate and salivate about where he might take me in that splendid car of his.

It turned out to be the McDonald’s drive-through. He kept driving as we ate and he asked if I’d mind going with him to help him make a choice on a business purchase for one of the properties he owned. “You have the eye of an artist,” he said. I wasn’t sure which eye or which artist he was referencing but after snarfing down half of a burger, fries and Coke, the lunch lodging in my disappointed gullet, I wasn’t getting my hopes up.

A good thing, too. He drove us to a warehouse where he was going to buy 14 toilets for an apartment house he owned in the next town over. At my host’s command, the warehouse manager unloaded by forklift from a two-story shelf three slightly different toilet models. All of them were almond-colored for that was the hue of the day back then for all major appliances. “What does your artist’s eye tell you?” asked my boss.

“About what? The color?”

“No. Which model do you think would convey comfort but not extravagance?”

I pretended to think hard on the subject, then tendered my answer, “The forklift,” I said. A week later I also tendered my resignation.

As a postscript, I should add that a year later, the publisher ran for and won the at-large mayor’s seat, after writing a number of nasty and probably libelous editorials about the competition and, rather shortsightedly, about the other councilmembers, with whom he’d now have to work. He also bought an even larger, more splendiferous car (a deep-blue Rolls). To celebrate, he left a voicemail inviting me to lunch to show he had “no hard feelings” about my having resigned. I graciously demurred but suggested where he might store his new car. 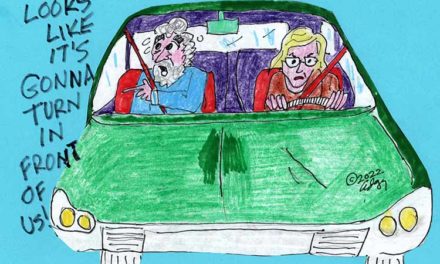 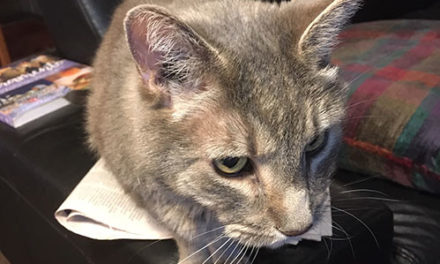 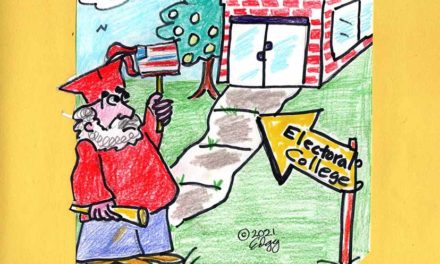 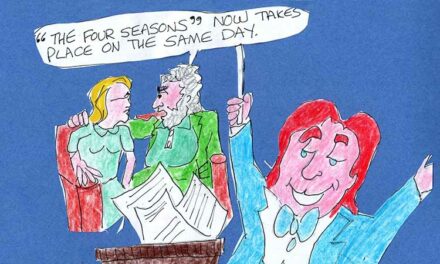 A Ban for All Seasons