Starbucks Unionizes: What Does This Mean For Customers?

A precedent is set in Buffalo, New York. World domination may be next

Starbucks baristas in Buffalo, New York, formed their own labor union last week.  Three things surprised me about this: 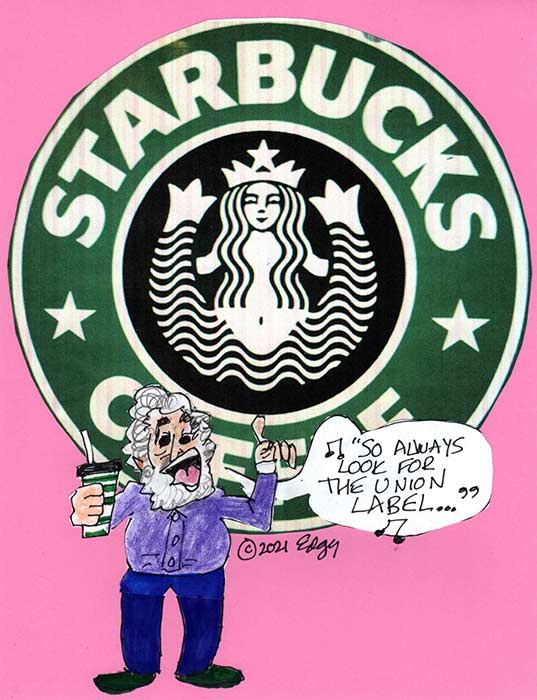 “Caffeinated rhythm/Ya got me in your spell…”

While both Buffalo and Sacramento—and New York and California—tend to skew blue, California is more dominated by Democratic Party politicians and labor unions. But I may be repeating myself.

For just as the National Rifle Association has a gun-lock on the Republican Party, which fights for the sanctity of embryos but not the safety of schoolchildren (latter-day embryos), Democrats—the party of my grandparents, parents and, often reluctantly, me—are umbilically attached to, among other bargaining groups, the Service Employees International Union. Its familiar acronym, SEIU, always hits me as someone casually moving on without me (“See you!”).

According to the Wall Street Journal, the union vote applies to only the Starbucks employees in Buffalo. And only so far. I say that because if history is a teacher—even a substitute one guaranteed a certain number of work hours per schoolyear by his or her union—this development will likely trend throughout the company’s more than 30,000 cafes worldwide.

What will a Starbucks filled with unionized workers look like? A scenario begins to emerge:

EMPLOYEE: Hi, welcome to Starbucks, where the customer is occasionally right. What can we get started for you?

YOU: Well, I’d like a venti latte, extra hot.

EMPLOYEE: Okay, sir. This may involve as many as three of my non-binary relatives.

EMPLOYEE: Union shops used to call their members “brothers.” Then “brothers and sisters.”

YOU: Yeah, that was a beautiful thi—

EMPLOYEE: Now we’re gender-neutral. And because we also don’t support cultural appropriation, we no longer use terms like “venti” because not all of our non-binary relatives are Italian, as is the word “venti.”

YOU: Okay, so what do you call your 20-ounce size coffee?

EMPLOYEE: The point-567 Kilograms Koffee. Note that we’re progressively moving to the metric system. And that we’re spelling “coffee” with a “k” even though it sounds like a hard “c” when spoken aloud.

YOU: Why do that?

YOU: All right. Well how about giving me an extra hot point-567 Kilograms Koffee?

EMPLOYEE: Were you thinking “k” instead of “c” when you said that?

EMPLOYEE: Good! Let me see if my non-binary relative whose specialty is extra hot is available.

YOU: Whoa, wait a minute. You have someone who specializes in extra hot coffee?

EMPLOYEE: Oh, yes. We try to hire former line cooks from Denny’s, whose fingers lost all sensation a few dozen Santa Fe Sizzlin’ Skillet breakfasts ago. We call them our Asbestos Associates though not, of course, on social media.

EMPLOYEE: You do realize that “Asbestos Associates” is a proprietary joke and that if you repeat it or in any way imply that there is any asbestos on our premises, the results will not be pleasant for you. YOU: You’ll sue me for defamation?

EMPLOYEE: Oh, much worse than that.

EMPLOYEE: Even worse. We’ll lose your order and tell you only after you’ve waited 20 minutes for it.

YOU: That could strike me as both cruel and unusual.

EMPLOYEE: Did you say “strike”? I may be falling in love with you. 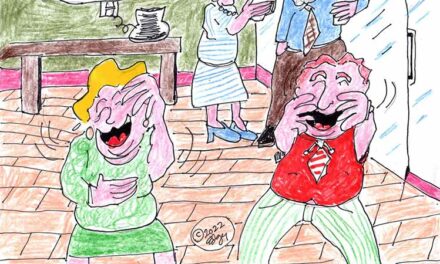 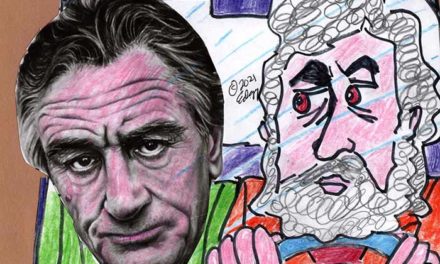