Imbeciles Unite! You Have Nothing to Lose But Being a Carrier!

Some anti-vaxxer factors to consider

My sister and I never met. She died of encephalitic polio in the early 1940s. I wasn’t born yet. She was a year and-a-half old.

“On Friday afternoon, I took her down to the playground,” my Dad recalled many years later. “She was bright and alert. By Monday, she was dead.” 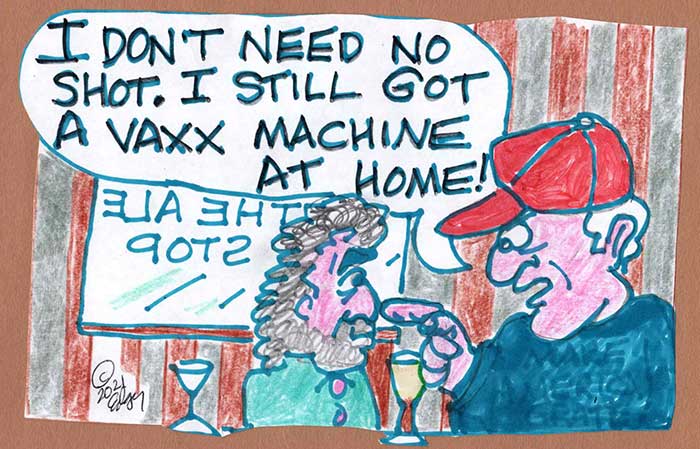 He Don’t Get No Infect

Death happened offstage in those days. My eldest brother Jerry, who was about three years old at the time, was shuttled off to stay with our Dad’s parents for several days. For years, he told me not long ago, he felt somehow to blame for Karen’s death. No one ever sat down and explained it to him.

Dr. Jonas Salk had yet to create his polio vaccine. Once he did, in 1955, and Albert Sabin came up with his oral version of it in 1956, one of the most horrifying, fatal diseases of the 20th century was largely eradicated in the United States.

I’m guessing that very few of you reading this are “anti-vaxxers,” as the surprisingly large contingent of woefully uninformed people (I’m being kind) proudly refers to its “movement.”

Those who adhere to the teachings of Christian Science and even an enclave or two of Orthodox Jews, while not likely among this column’s readership, at least seem to have long-held if ultimately, puzzling objections to medical science. But I’d like them to show me in their teachings where it says, “And not only shalt thou not take care of thine selves but thou must also endeavor to cause catastrophic illness in those around thee.” I’m an erratic student of the Torah but can’t remember anything like that, for the life of me (and while we’re at it, for the lives of others).

In fact, at the website myjewishlearning.com, you’ll find this passage after a few paragraphs concerning medieval skepticism about the healing arts:

“The bulk of Jewish thought assumes a positive and affirming attitude toward the practice of medicine. This is demonstrated most clearly by the many rabbinic scholars, including Nachmanides, who were physicians and who wrote medical literature.

“It is expressed, too, by the tradition’s spirited defense of medical practice against the theological criticisms described above. Yes, God is our Healer. But since the Torah does not require us to depend upon miracles, all those passages which seem to condemn the practice of medicine must be interpreted otherwise.”

People continue to blame dumb Donald Trump for the rise of the anti-vaxxers—and while he has a lot to answer for, he did the unthinkable for a few weeks: he kept his mouth shut.

Then, very recently, he re-opened his piehole to spew his “thoughts” rather than do what it’s much better at (consuming pie). “In that single line,” according to Washington Post columnist Greg Sargent, “the former president of the United States, who is, without any question the most influential person in the Republican Party today, affirms the totally misguided doubts people have about receiving the highly effective Covid-19 vaccine while painting the vaccine push in a partisan light with the comparison to the 2020 election.

“In short: It’s a remarkably dangerous thing for anyone to say—much less a former president,” Sargent’s column continued. “That Trump said it in the midst of a surge in cases— fueled almost exclusively by unvaccinated people living in areas that he won in 2020—makes it even worse.”

My sister lived and died a few years before I was born and long before COVID-19. I can’t blame her death on Trump. And I can’t blame Trump for all of the country’s anti-vaxxers. He didn’t create stupidity. But he sure helped make it a contagious disease. 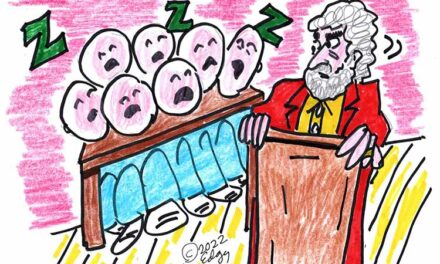 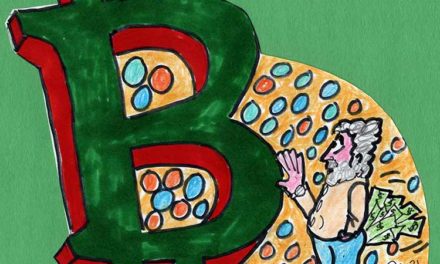 Bitcoin’s a Thing, All Right. But What Kind of Thing?