In a number of industries, it’s often said that a new product or idea has “legs”—meaning it’ll be around for a long time to come. That must be good news for Jennifer Forsberg Meyer, whose new essay collection has four of them.

“Friends with Four Legs: The Joys & Diversions of a Life with Animals” is the writer’s fourth book of anecdotes and opinions on all creatures great and small—and large and probably not always completely great. But she adores them all. Her first three books focused on horses, which she fell in love with at an early age. She was 10 when her parents built a home on 10 acres in the Sierra foothills town of El Dorado, where the author, her four sisters and early on, a horse or two, took up residence. It marked a significant sea change—well, inland change—for the family, who’d led an itinerant life. 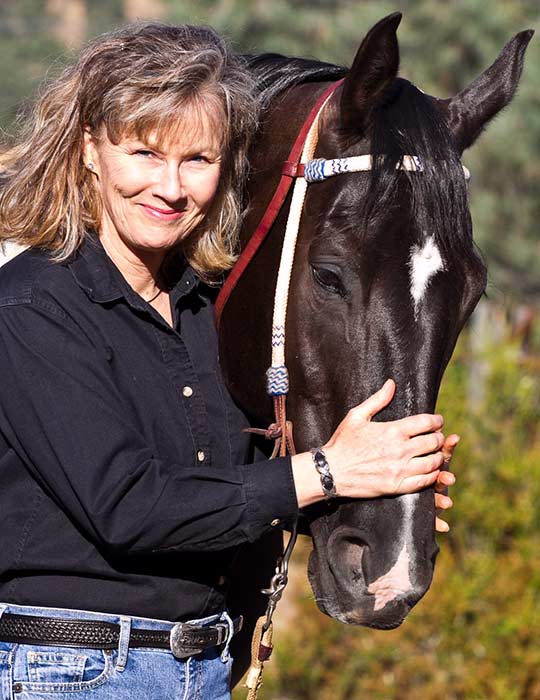 
“Before my dad retired from the Air Force, where he’d been a bombardier, I never went to the same school for more than two years in a row,” she says. “We lived in Roswell, New Mexico; Waco, Texas; and even Elk Grove, California.” These days, she and Hank, her husband “of a few decades,” she says with a very fond laugh, live in the semi-rural town of Latrobe—in a home that Hank had built on spec before he married Jenny, on 20 acres with a view of the Cosumnes River.

“One day we looked at it and thought, ‘Why on earth would we want to sell this and live somewhere else?’” she says. Instead of flipping the home they flip-flopped and moved in permanently. Hank was dean of students at Jesuit High School and also coached the school’s basketball team to two major championships. Jenny, meanwhile, wrote (and continues to write) a popular newspaper column, “The Rural Life,” for The Mountain Democrat. For many years she was also a senior editor of Horse & Rider Magazine.

The couple has a grown daughter, Sophie Elene, who holds a master’s degree in International and Comparative Education from the University of Oxford and is currently finishing up another master’s at the Paris Institute of Political Studies/The Hertie School-Berlin. Under-achieving apparently isn’t an option in this family.

“I owe my love of animals to my parents, who encouraged this affinity in all five of their daughters,” Forsberg Meyer writes in the introduction to “Friends with Four Legs” (available in both paperback and as a Kindle e-book). “I can’t remember not having a dog in our lives.”

In that same intro, she seems to let non-animal lovers off the hook—but not for long. She realizes that for some, “Animals are a bother. They tie you down. They’re messy and often expensive. (Sometimes exceedingly so.)

“All true,” she continues. “To which I say, many of the same downsides apply to children, spouses, even friends. It seems the best things in life have a ‘price tag’ attached. So the real question is, Are our friends with four legs worth it?

“I believe they are.”

The author then makes her case in 36 brisk, funny and poignant chapters. Educational, too. Chapter 9 (“Jungle Cat”) gave me a new appreciation for my near-19-year-old tabby, Osborn the Magnificent.

“I’ve often wondered why anyone would want to keep a wild, exotic cat as a pet,” Forsberg Meyer writes. “Apart from the usual reasons why this is a bad idea (the cat can hurt you, you can inadvertently hurt the cat, it’s illegal), there’s the underappreciated fact that plain old house cats are near-perfect replicas of their wild cousins, only in miniature.”

She then goes on to document some adventures of her own cats, showing how the flora in our yards are often adequate replicas of what jungle cats encounter in the wild.

The author will be signing copies of her book at a promotion/fundraiser this coming Sunday, June 27, 10 a.m. to noon, with all proceeds to be donated to the El Dorado County Animal Shelter. It’s at a lovely little store called Face in a Book, 4359 Town Center Blvd., #113, El Dorado Hills, CA.

There’s something you’ll find in Forsberg Meyer’s essays in addition to wisdom and wit—something that’s in short supply in whichever animal kingdom you identify with: charm. It’s a gossamer talent that reels you in with friendliness and leaves you feeling as though you just made a new friend. In this case, one with two legs.

Since most of us endured or directly suffered the ravages, indignities, tragedies and lifestyle pivots of COVID-19, I thought it might be interesting to share a few lighthearted lessons of what this pandemic taught me. 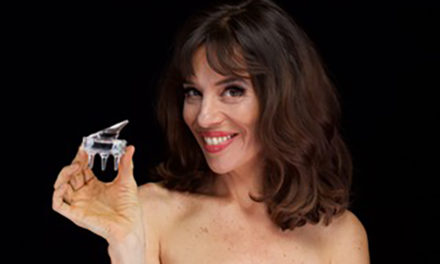 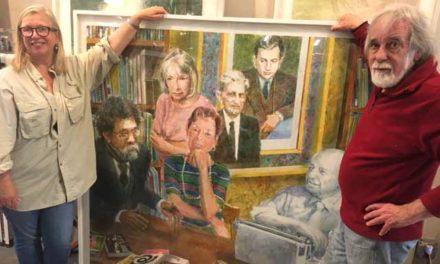 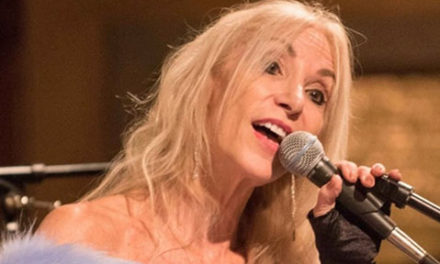