Spying on my neighbors without leaving home

Whenever I get an irresistible impulse to suffer a bout of claustrophobia, I watch Alfred Hitchcock’s “Rear Window” and that seems to satisfy my neurotic need. The film, if you recall, focuses on a photographer (played by James Stewart) recuperating from a broken leg and, apparently not being much of a reader or TV watcher, spends his days staring out the window of his second-floor courtyard apartment, his camera allowing him to surreptitiously keep tabs on his neighbors’ comings, goings and eccentricities. He also concludes that one of his neighbors murders his wife and thereby hangs the movie, to paraphrase Shakespeare’s “As You Like It.”

At this point, you’d be perfectly justified in asking me why I’d seek out an opportunity to feel claustrophobic, when there are so many other neuroses on the buffet table of my psyche just waiting to be tucked into. For example, I suffer from claustrophobia’s mirror opposite, agoraphobia (fear of wide open spaces).

It doesn’t happen often—mainly when I find myself driving down a long stretch of open country highway, mine is the only vehicle on the road and I pass a hitchhiker who looks just like the late Rod Serling, the creator and host of “The Twilight Zone.” Or my imagination, thanks to decades of watching movies, runs away with itself and I think that any second, a computer-generated dinosaur will abruptly appear in the mountain pass I’ll be driving through in about five seconds. Or a crop-dusting plane will appear out of nowhere and begin pursuing and strafing me through my sunroof with neurotoxic pesticide.

Anyway, since I’m not especially claustrophobic, I don’t panic about getting CT scans or MRIs, and am even curious what spending a little time in a hyperbaric oxygen therapy chamber might be like. Allegedly, this was one of Michael Jackson’s pastimes, but any similarity between the gloved one and me ends there—although, I should add that I once did the ”moonwalk” at a retirement dinner I’d been hired to emcee when I showed up in the wrong venue. A security guard near the exit told me as I passed him that he’d never seen anyone walk backwards off a dais and across a ballroom that fleetly.

Even so, like James Stewart’s character living alone in “Rear Window”—but more likely, owing to the past few months of sheltering at home—I’ve detected some mild claustrophobia awakening in me.

For three-and-a-half years, I’ve lived in a condo community I call Cramps ‘R’ Common (its real name is Campus Commons because the Sacramento State University campus is a short walk away, though I renamed it because my impression when moving here was that the average age range ran from Medicare to Last Rights). Every day at home, I’ve been afforded a rich panorama, sometimes just aural, of other people’s lives, like: 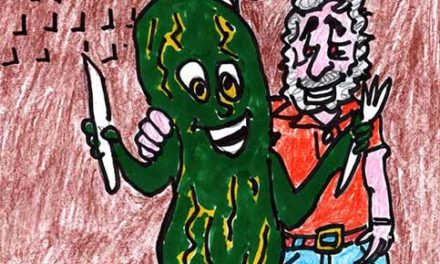 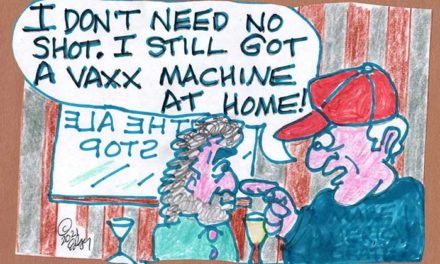 Imbeciles Unite! You Have Nothing to Lose But Being a Carrier!

Not Aging Well? Take a Number

Are You an Anti-Semantic? Time to be Outed!