You may want to clip and save this, along with your emergency numbers and Jell-O mold recipes

I was once asked to deliver the keynote speech at a Catholic high school’s graduation ceremonies. The key word in that sentence is “once.”
Apparently, I’d been invited in the hope I’d say something about my own religion and the wonderfulness of all religions. The directive I was given by the nun in charge was, “Please say something about God in your remarks.”

I did, but not until the very end of what essentially became a comedy routine about politics, movies, journalism and high school speeches themselves: “I was going to mention that the future lies ahead,” I said, “but there are smart alecks here who’ve probably read ‘The Great Gatsby’ and in the book’s closing moments we’re told that the now-dead hero’s future had been ‘already behind him.’ Well, actually, it was his dream that was behind him. Mention of the ‘orgiastic future’ he’d envisioned—which was now behind, him owing to his no longer being alive—doesn’t show up until the next paragraph. So there.”

That showed ‘em, I thought. I watched with delight as a majority of the audience members’ heads tilted downward, no doubt in homage to my knowledge. Some really got into it and also had their bodies slump noticeably. I also thought I heard a sawmill in the distance.

Later on, I said, “Well, I’ve reached the end of my remarks and I know I speak for the entire faculty, the students, their parents and other guests, when I say, ‘Thank God.’”

As I say, this was my one-and-only graduation speech. Until today.

As you can see, I’m speaking to you this morning from the most acoustically accommodating part of my condo—the shower stall in the master bathroom. If my voice occasionally echoes or you hear my toilet recycle itself, which requires me to step out of the shower and jiggle the flushing lever five or six times—this is just part of our new reality.

Well, to be frank, this business with the toilet has been going on for a full year but my plumber, who swore off making house calls in mid-March, says I’ll have to keep jiggling the lever or spend about $450 for a new toilet, labor and tax not included.

Ergo—and I know my use of that word will lend a little erudition to this speech, implying I’m no stranger to Latin—please expect frequent disruptions, unless I can teach my cat how to jiggle the lever without falling into the bowl. I’m sure you think that’s a very funny image, as have the 47,000 Facebook users who saw the upload of my unsuccessful attempts to teach him how to jiggle the lever.

First, let’s get the major graduation speech cliché out of the way: “The future lies ahead.” In all candor, it always did. That’s where they keep it: Ahead. Not Before nor Right Here, and definitely not Right Now.

Sure, things may have changed in our world, but I guarantee you, the future still lies ahead. Only now, it’s a bit more than six feet away and wearing a disposable mask.

You’re probably wondering two things right now: (1) What kind of world will I be facing tomorrow? (2) Who did this clown bribe to get the graduation keynote gig?

As for the first question, the world you face tomorrow will be very much like the one in which you live today. It’s unorganized, politically dangerous and geographically puzzling—I mean, why should Paris and Tahiti be so far apart as well as so far from your front door? The world is also politically dangerous, and you never really know when there’ll be a devastating, sickening, inexplicable explosion—followed by his blaming Obama.

As for your second question, about who was bribed—I don’t expect members of your generation to remember things more than a moment except the 17 passwords you created for your electronic devices—it was your school principal. If he wants to offer details, that’s “on him,” as you kids like to say. But remember, by videotaping himself dressed up as Golda Meir in a housecoat and mules while singing “Hava Nagila” in a Runic Danish dialect, he need not be considered a criminal nor someone issuing a cry for help. Or so he insisted as he nevertheless signed my speaking contract.

I realize the world you’re inheriting seems to have a preponderance of imbeciles (see “devastating, sickening explosion” above).

In addition to the ones who think they don’t have to wear masks while visiting coronavirus patients and doctors in the Mayo Clinic, there are some like the guy on Facebook who thinks the government’s “sencoring” him for writing that he wants everything to re-open for business. I’m guessing he’s not including Mensa headquarters. This is the kind of fellow who’s allowed to drive and procreate, who thought that when they pretended an entire season of the TV show “Dallas” had been a bad dream so the producers could bring back a beloved character who’d died, he was watching a documentary.

Anyway, that’s my story and I’m sticking to it. Good luck, class of 2020. And remember: The future doesn’t just lie ahead; it lies about everything, especially its weight.

By the way, has anyone seen my cat? 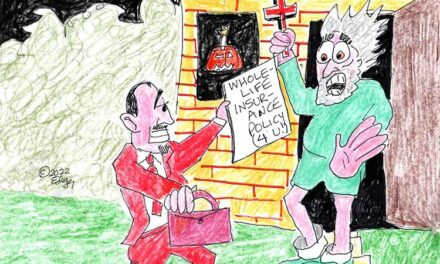 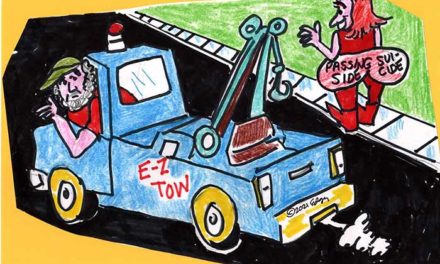 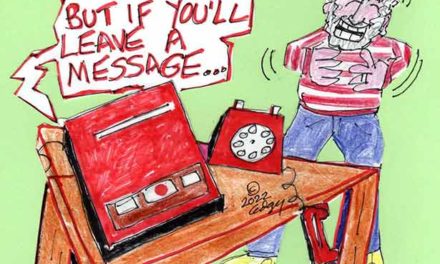