When I was young, I thought it would be great to someday join my mom and dad in the family business. But they never had one.

What reminded me of my long-ago wish was reading recently about a statewide association of family business owners based in Sacramento and run by a longtime friend, Bob Rivinius, who was the CEO of the California Building Industry Association for many years. He and the group were advocating for the currently stalled Senate Bill 483, which would more clearly define what is and what isn’t a family business throughout the state and in individual municipalities.

A letter-from-the-editor by news veteran Tom Couzens of Comstock’s Business Magazine—for which I wrote a monthly column, “Working Lunch,” for 15 years, and am still hungered by the memory—pointed out that “only 30 percent of family businesses survive into the second generation, 15 percent into the third and fewer than five percent into the fourth and beyond.” That’s disturbing—though if you know much about families (know one? been in one?), hardly surprising. Most families can’t agree on which way the toilet paper should proceed from the roll, much less figure out branding, growth and succession strategies.

I’m not sure my family would have been able to, either.

My dad fought fires for 20 years at the New York City Fire Department and when he retired at 42, I was not quite eight years old. So the notion of our being assigned to the same firehouse in Harlem, then the Bronx, as he had been, was pretty much a non-starter. He’d have been 56 years old by the time I’d have been ready to enlist—well, to audition, really. You don’t just show up and become a firefighter. It’s not like becoming a barista, where the training seems to consist mainly in how to misspell customers’ names. Or hiring on as the first tech person you’ll encounter when you call your cable provider—you know, the one who’ll instruct you to unplug and then re-plug in your TV and cable box and, when that doesn’t work, transfer your call to someone in Pakhtoon Khuwah. (According to the Travel & Culture Services website, Pakhtoon Khuwah used to be known as NWFP, though certainly not by me.)

While my dad was out fighting fires, my mom was fighting her three sons in our two-bedroom apartment in Parkchester, a one-square-mile WPA community of 110 brick apartment houses in the Bronx. It was built when FDR was president and, I believe, last painted then. Like my dad, my mom didn’t have a family business for me to join, either—though as luck would have it, long after we moved to Southern California upon my dad’s retirement, she got a part-time job as a salesperson with the May Company in Lakewood. And when I was old enough, so did I. Fortunately, they only scheduled us at the same time and in the same department once or twice. My mom was a terrific salesperson but she also endeared herself rather shamelessly to all of the young people who worked at the store. If I had heard one more time from someone how lucky I was to have a mom who was “so cool,” I swear I’d have produced a dossier disputing any notion of her being “cool” outside the May Company.

Meanwhile, my dad began a second career as a claims adjuster for Bekins Van Lines & Storage and got me a summer job when I turned 18 as a “van helper”—the young man who isn’t allowed to drive the truck nor interact with the customers nor lift anything lighter than a 1955 refrigerator with a top-mounted motor nor find out that the customer gave us a huge tip after the move.

While my dad was out fighting fires, my mom was fighting her three sons in our two-bedroom apartment

My dad worked in the Glendale corporate offices and I worked in the Long Beach outpost, so there was no interaction in the course of a business day. Except. On one particular move, the driver to whom I was assigned as a helper accidentally broke a Tiffany lampshade into a remarkable number of pieces. As soon as it happened, he asked me to take the rap, saying, “Your daddy will never blame you but I’ll get canned.” This wasn’t the first time the driver had been perilously careless with expensive goods, I later discovered.
I didn’t say anything about it but a few nights later at dinner, my dad asked me how things were going at work. I shuffled, mumbled and would have wet my pants if I’d thought it would end the conversation. Then my dad said he’d received a customer claim that afternoon from someone who’d claimed a “priceless” Tiffany lampshade had been shattered during a move I had been on recently. I still didn’t say anything. Then my dad said, “It was a glass-coated plastic knockoff worth about $25. I gave the customer a check and that was that.”

I’d like to say I never loved my dad more than at that moment but there were many more moments of love I was to feel for him until he died at the age of 60. From past experience, he knew all about the clumsy mover who, it must be said, didn’t blame me for the accident. I felt a tremendous relief and wondered if maybe my mom and dad and I should consider opening a family moving business. 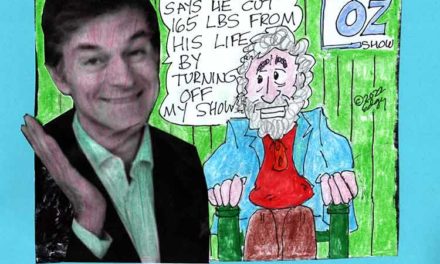 Dr. Oz For The U.S. Senate—Or, The Happy Huckster Goes To Washington 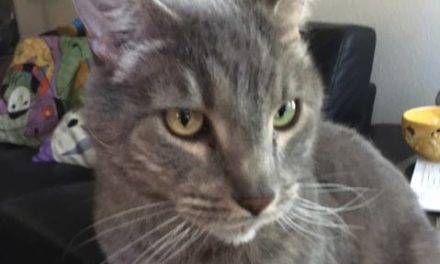 A Final Word Or Two About Losing a Pet 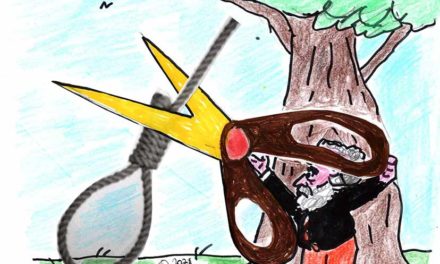 A City Cancels Part of Its Own Culture: Bravo, Placerville!